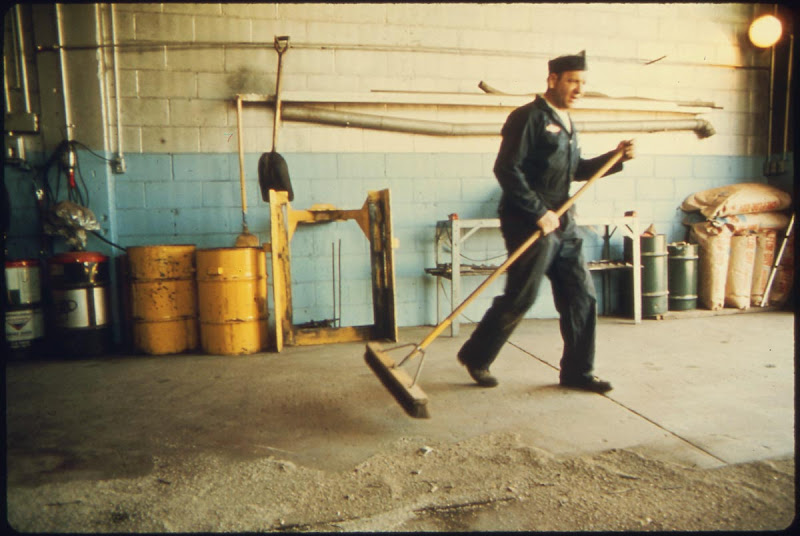 Wallace “Whitey” Wolf, a Mechanic for the City Sweeps Out the Repair Garage. He Also Is an Officer in the Volunteer Fire Department. Mr. Wolf Is a Native of the Town Whose Mother and Grandmother Still Are Residents There. New Ulm Is a County Seat Trading Center of 13,000 in a Farming Area of South Central Minnesota. It Was Founded in 1854 by a German Immigrant Land Company That Encouraged Its Kinsmen to Emigrate From Europe.