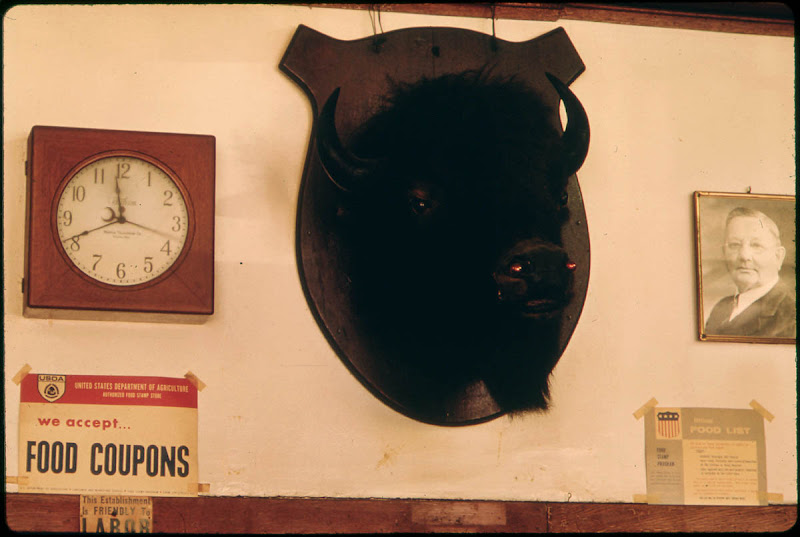 Buffalo Head Mounted Above Shelving in a Butcher Shop in New Ulm, Minnesota. The Town Is a County Seat Trading Center of 13,000 in a Farming Area of South Central Minnesota. It Was Founded in 1854 by a German Immigrant Land Company the Encouraged Its Kinsmen to Emigrate From Europe. Population Stabilized at 8 to 9,000 During the First Half of the Century, Then Grew Slowly as Manufacturing Firms Arrived. The Town’s Business District Was Revitalized During the Late 1960’s.